SIBUR – TomskNeftehim experience in the FBT 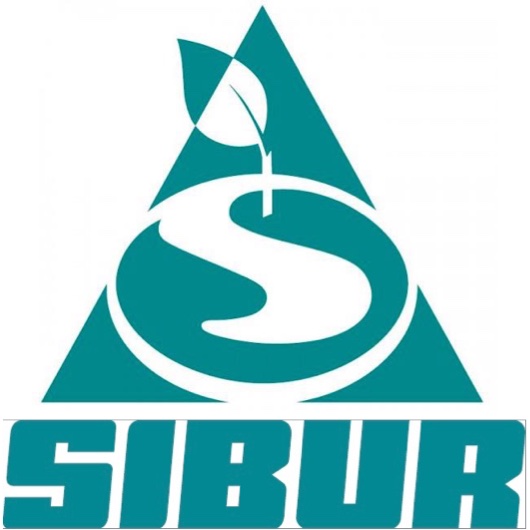 Based on the collected monitoring data on operating of pyrolysis furnace F-15, OOO "Tomskneftekhim" BEFORE and AFTER execution of construction works on the application of High-Emissivity Ceramic (HEC) coatings, the analysis and calculated the specific consumption of equivalent fuel according to an agreed contract Methodology of effect defining.

According to the results of the second Run, the actual effect of HEC coating applying to the lining surface inside the radiation chamber of the F-15 furnace, expressed in saving the specific consumption of equivalent fuel for the furnace, was 3.03% (three whole and three hundredths of a percent)."

The F-15 Furnace is a part of the Pyrogas Section of the Hydrocarbon Pyrolysis Unit for monomers production at LLC "TomskNeftechim".

HEC Solcoat was applied only to the refractory inside the Furnace F-15. Pipes are made of high-alloy steel and do not need additional blackening and protection when light fuel is used.

The effect calculations were performed according to the Method of Determining the Effect previously agreed with the Customer.

According to the calculations performed based on the result of the 1-st controlled run of the F-15 Furnace AFTER applying the HEC Solcoat, the confirmed Effect of reducing of equivalent fuel was 3.36% compared to the period BEFORE. 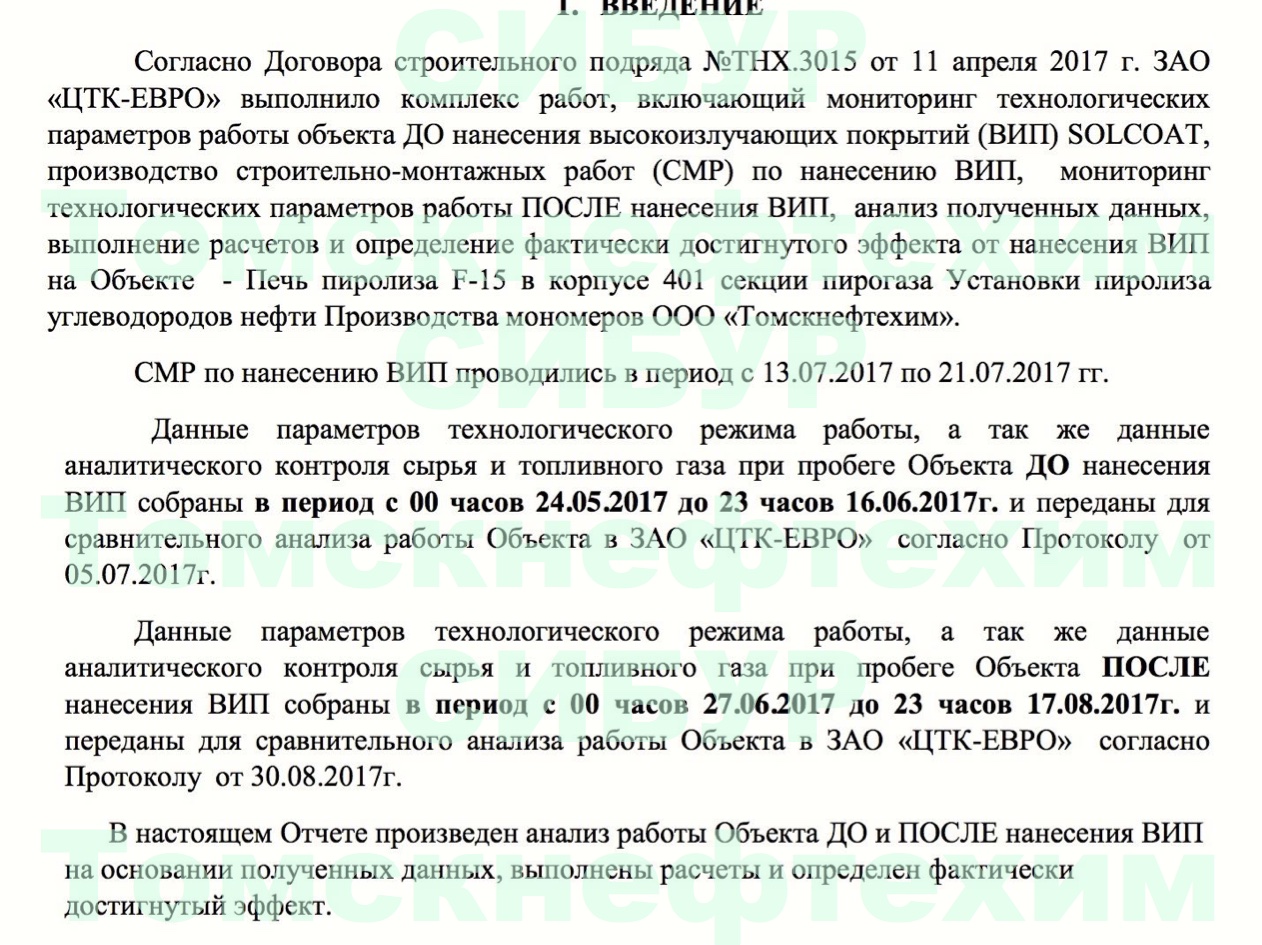 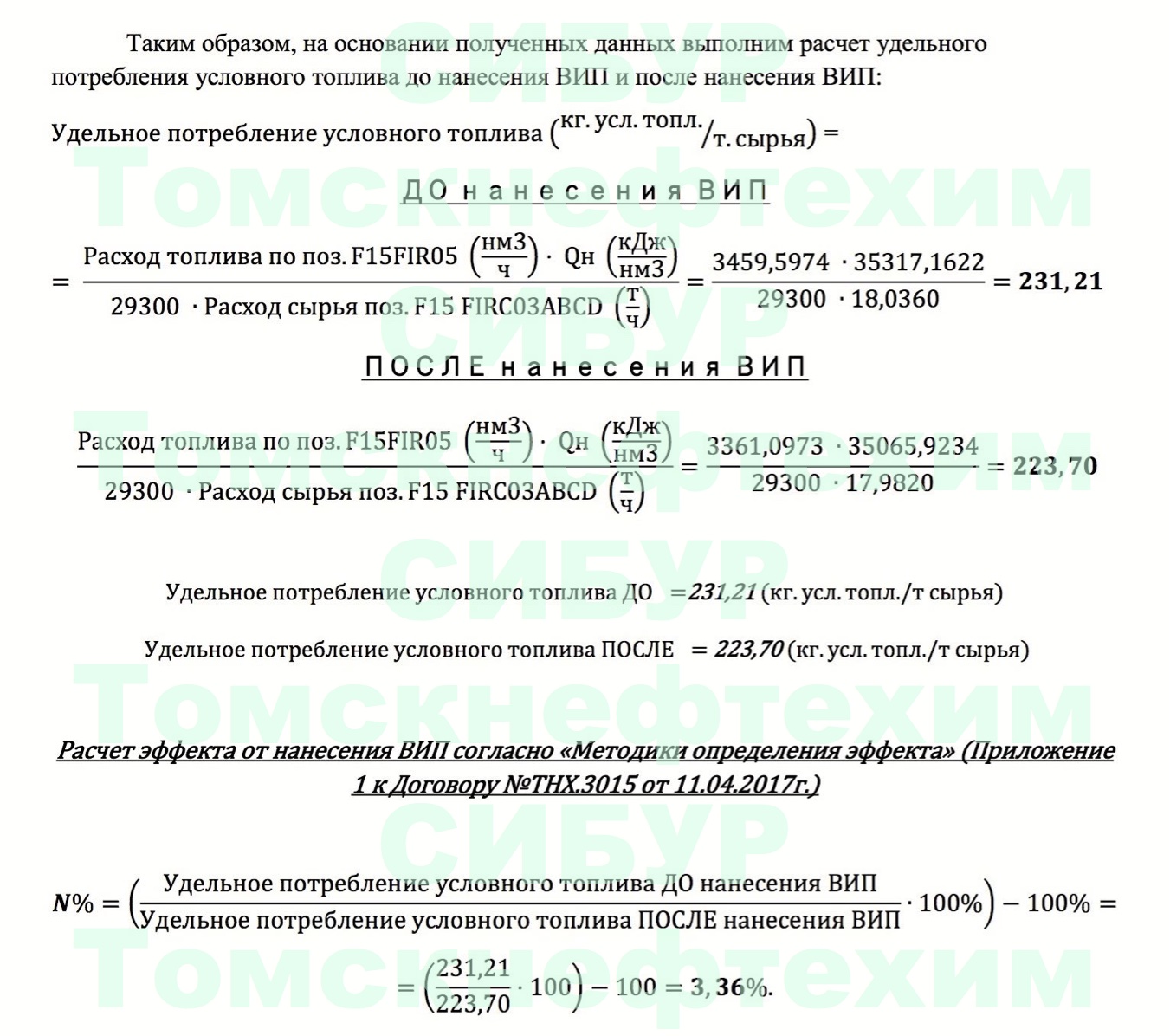 According to the calculations performed based on the results of the 2-nd controlled run of the F-15 Furnace AFTER applying HEC Solcoat, the confirmed Effect of reducing the specific consumption of equivalent fuel was 3.03 % compared to the period BEFORE, taking into account changes in humidity and ambient temperature. 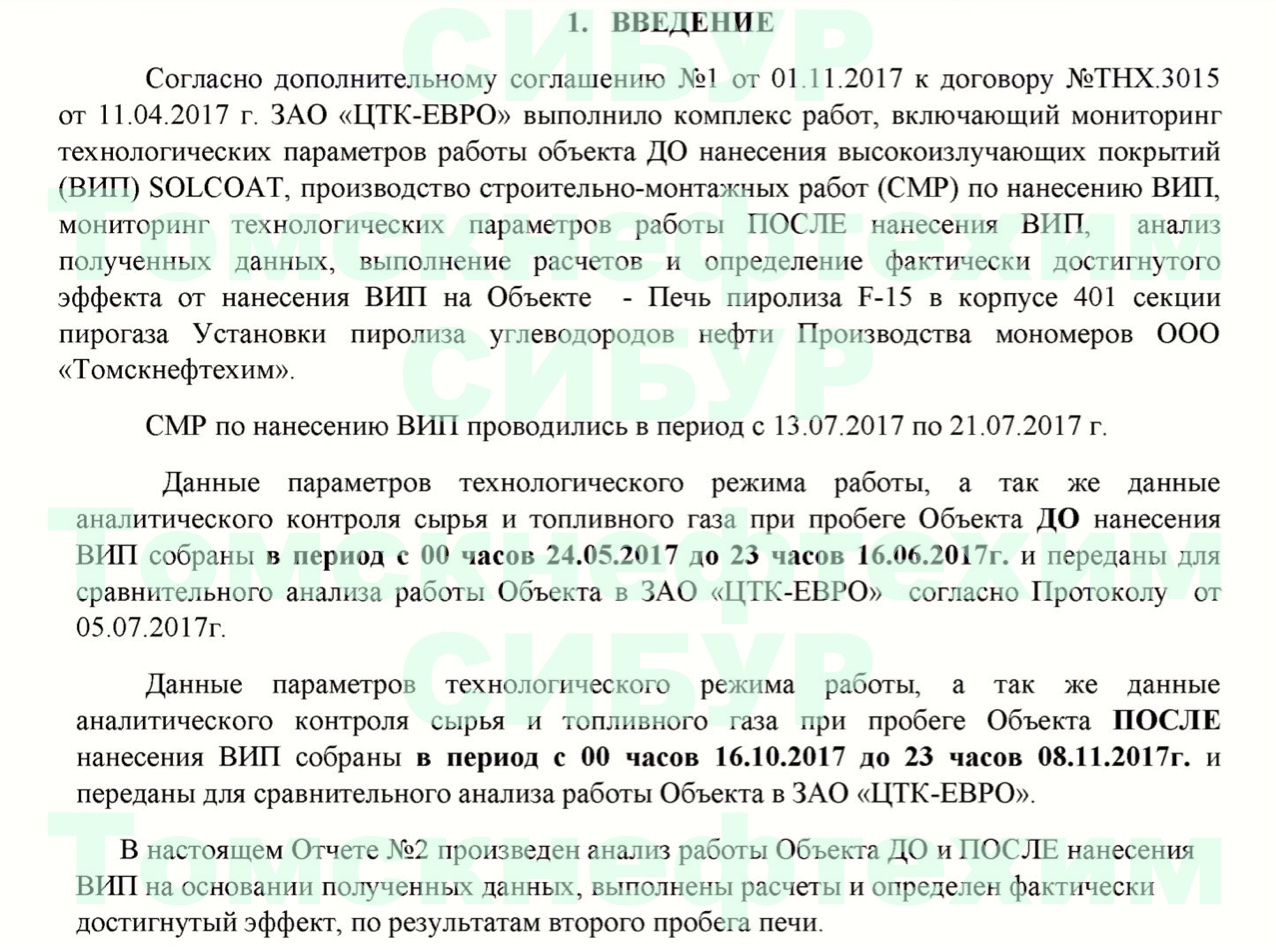 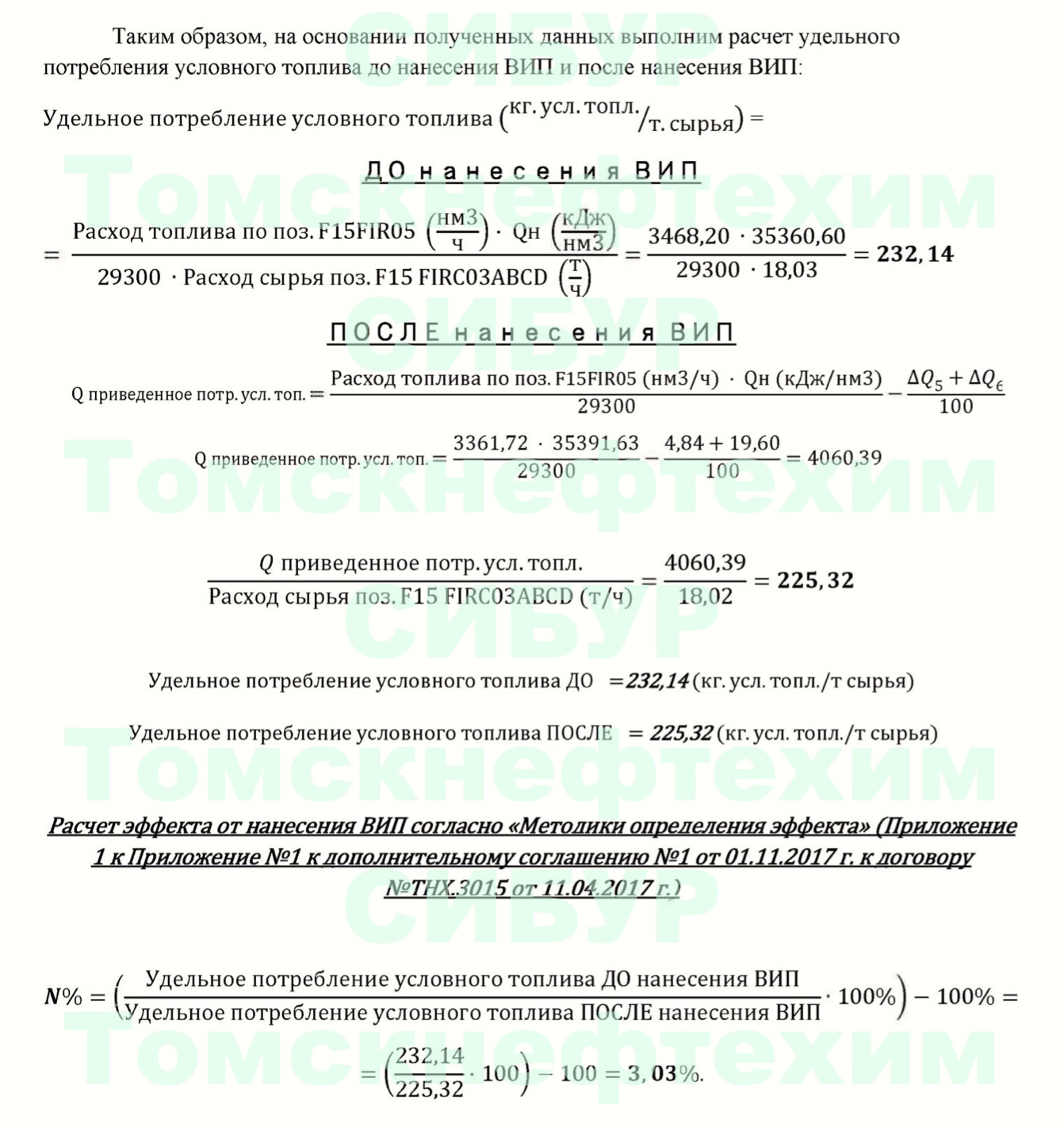 In addition, the following Technological Effects from the use of HEC were noted: